The title will resonate with most of us, from the more religious to the Stephen Fry amongst us! (Yes I went there!).

Ask, Seek, Knock = confidence, courage and persistence. It speaks of the confidence to make the need known without fear of rejection, humiliation or disappointment. It encourages us never to limit ourselves to expressing our wants but rather to investigate, analyse and find the way to the desired solutions. And finally, it pushes us to act that we may be heard, knocking; persisting in our quest until the way is made clear and the next stage is within our reach.

Ask, seek and knock – three seemingly simple things which when applied can enable and empower us to achieve our goals. However, it’s no easy task! Pride and fear discourage us from asking. Often, we will make excuses or, we simply get caught up in life busyness and have no time or energy to seek. We may timidly knock, maybe even a couple of times though not too loud, but when no answers are received and we get no acknowledgement, we turn back defeated and feeling rejected. I have been there far too many times! I know how it feels to give up on dreams, let opportunities pass me by and silently accept rejection and adapt to the negative without asking questions. This year, I say no more! In the spirit of Doing Hard Things, I have decided that pride and fear are characteristics I can no longer afford, a luxury I am choosing to live without. For, in all seriousness, they nearly bankrupted me. 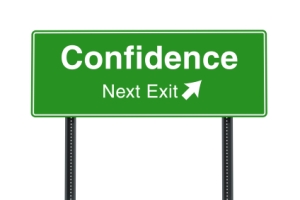 Instead, I’m choosing to be confident! That’s right confidence is a CHOICE; and for those who like me, are not naturally confident, it can be extremely uncomfortable to boldly make that choice. It is almost unnatural. So, the trick is to keep acting it until it’s less scary, less sweaty moments (when I’m scared, nervous I sweat I know its embarrassing !) Fake it till you make it! And you WILL make it!

ps: It’s easier for me to act confident for I am a child of God  and my confidence comes from the HIM! And you can too.

We must act despite the fear and not let it control us.

Let's do exploits together!

Fear is such a debilitating disease. Fear makes even the strongest men crumble down. Fear creates an entire world devoid of life and hope.

Fear. Such a small word that creates a colossal effect.

Fear of making bad decisions tend to make people overly cautious, which may be a good thing or a bad thing. But will you be living a fulfilling, worthwhile life in being overly cautious?

Of course not! We cannot live in a bubble-wrapped world and even God, the Almighty Father, never promised that Christians will have it easy or comfortable. Some humans, and I mean me, are comfortable with the safe and nice because it offers us… 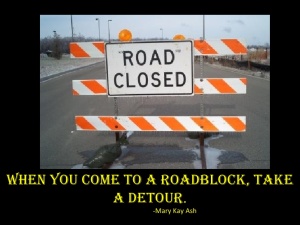 Life is not simply about the destination. It is a journey with many turns.

A successful journey demands planning and preparation. Therefore, we do the research and plan ahead. We map the journey to our desired destination  before setting-out. Until, we come across the below sign which throws our plan out the window. 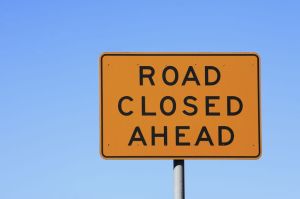 Suddenly, we feel lost, discouraged, frustrated, we even contemplate abandoning the journey.

But what if we simply accepted the fact that a new route was needed?!

I came across this sign recently. An unplanned, unforeseen event; Life surprised me – as she has a habit of doing!

My initial response was to force through the road closure sign. Personally I do not deal well with unexpected change. I am too stubborn (And yes I do know it) . So of course, when life surprised me, I got annoyed and frustrated. I kept going forward until I realised it was a dead-end. With no way forward! I was forced to accept the fact, forced to stop in my tracks and to find a new path.

If only I hadn’t spent so much time fighting the change?

I have learned my lesson, I hope 🙂

A roadblock is not the end of a journey, simply a redirection unto a new road.

I’m sharing this in hope that others would learn from my experience – especially those, who like me are too stubborn.

Decide to take the detour! Follow the redirected traffic sign and before you know it, you will be back on track to achieving your goals and living your dreams. You might even get to the destination faster than you had planned!

Training update:  I failed to meet my target distance last week as i was distracted by the surprise. However this is a new week! And it’s already better than last week. Two consecutive days running outdoors with friends at a steady pace no stopping . Go us 🙂 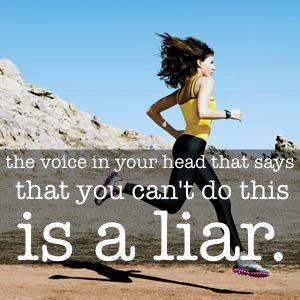 Just like that,I find myself agreeing with the voices in my head. Until I am reminded that

How true is the above statement?

I know that many of you can relate. We all at some point have the inner battles.  However, the trick is not to believe the voices that say we cannot but to give it a go. To set goals, and do all we can to achieve them. Not shying away from doing the hard things but rising to the challenges and persevering.

In the spirit of PERSEVERANCE, this past week I have challenged myself to work on my endurance. Find a comfortable pace and just keep on running for as long as I can (I have had to set a minimum time as a goal).  It’s been extremely tough, feeling as though time is going backward every time I stepped onto the treadmill.  Until the time is up and i realised I DID IT! How? By staying on and choosing to believe that i can do one more minute 🙂 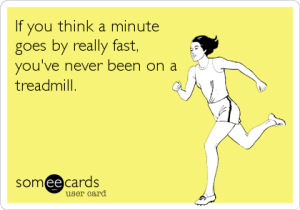 What lies about your abilities have you believed in?What is it that you are wanting to do but keep hearing that you cannot? What have you given up on because you thought it to be impossible?

What are you trying to achieve?

To see your dreams become reality takes time, patience, endurance and perseverance. It takes you believing YOU CAN!

Remember that the voice in your head that says you can’t do this, is a liar 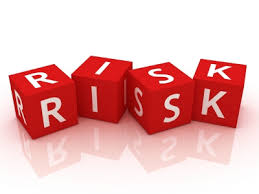 The bible is my favourite book, filled with gems.

I have discovered that there’s advise on every issue and every time I need direction or guidance, I turn to it.

There’s a story about a rich man who before going away on a very long trip, calls 3 guys who work for him and gives each of them some money ‘according to their abilities’. Worker 1 receives five coins, worker 2 receives two coins and worker 1 receives one coin. While the rich man is away, Worker 1 works hard, takes risk investing the 5 coins and by the time the rich owner is back he finds that Worker 1 has doubled his investment and so has Worker 2. However Worker 3, who, too afraid to take a risk and lose his money kept it all in a safe deposit box (markets were just as volatile then I’m guessing 🙂 ).

Can you guess the response of the rich entrepreneur? Yeah, not so happy!

And who can blame him? He became rich by taking a risk and not playing it safe.

Taking a risk is very hard to do. And yet the potential rewards are great. 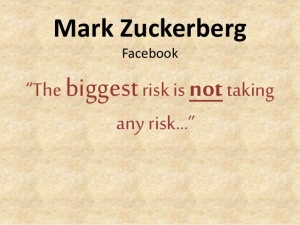 My educational background is in financial market analysis and forecasting and throughout academia we see that those who take the most risks with their finances, though they are exposed to higher losses, when they win, they win BIG.

So this year, I’m all about Doing Hard Things, which means sometimes stepping out despite all odds. Not knowing the outcomes but knowing I’ll do all it takes to get the outcome I want. Never giving up.

What will you do? What are those things you wrote last week that you always wanted to do but put off?

Will you TRY them this year?

FYI – my marathon training is going well. We have had horrible weather here but I have not let it stop me.Today I hit a personal best 5K in less than 14 min. Now I am in competition with myself. The hardest kind, of competition – at least I think so.

If you wish to get daily updates of my training, follow me on Instagram by searching for graciegracek.

So it’s the beginning of the year and we are all setting goals, making resolutions which most of us will probably break by the end of January or will we?

How about we make this year different? No excuses, No fear, No giving up

That is my resolution this year. Not to shy away from doing the stuff that I consider difficult.

Instead, I’m choosing to do new things no matter how difficult or scary they may be, in every area of my life.  And I’m inviting you all to join me.

One of the things I have wanted to do for a while has been running a marathon. I remember even training for it 2 years ago and yet failing to sign up. Being terrified I couldn’t do it and I wouldn’t be able to train regularly. But the truth is, I simply thought it would be too much work; I would have to make sacrifices, commit to the intense training, which I was not willing to do.

Yes I did want to run the marathon, I knew its benefit for my health but also the good the money raised would achieve but it was just TOO HARD.  So I purposely missed the cut off date for signing up and let my friends down.

‘ The secret of change is to focus all of your energy not on fighting the old, but on building the new’. Socrates

Focusing on building the new, I’m all signed up for the Edinburgh Marathon this year and I had my first day of training today 🙂

What an achievement? It was a long tiring day; I had many reasons not to train after work, yet I did it. SO proud of me right now lol…..

The point I am trying to make is this: the hard things often yield the most.

Most of us have heard the saying: together we can do more!

Well I believe it to be true. We need one another. No man is an island.

That is why I’m inviting you all to join me on my journey this year and maybe let me know what HARD thing you will be doing!

What’s that thing you gave up on last year, or the year before? That business idea you had but realised the risk involved and decided not to go through with it? Or maybe life just got busy and it remained just that, an idea? What about the challenges you’ve set yourself over the years?

So why won’t you share with us all and we can all cheer you on!